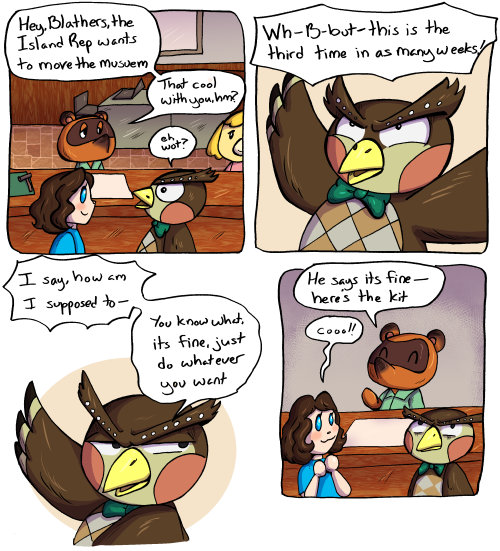 When I first started my island I just plopped the museum down wherever it would fit, since I knew I could move it later. So as soon as I could, I moved it across the river. Then I thought it would look better if it was further back from the river bank. I wanted to align the museum up directly with the bridge, but you can’t do that, so I decided to move the museum to another spot entirely. I think it’s good where it is now, but this comic won’t be published for a few weeks, so by then who knows?

Liked it? Take a second to support Butterscotch on Patreon!